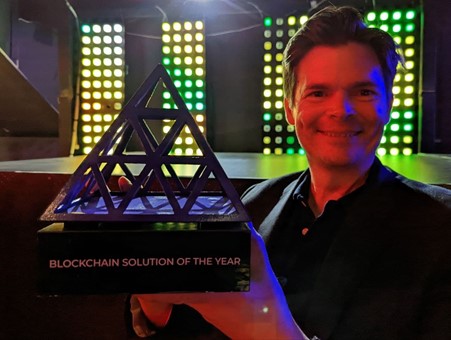 Launched in Q1, 2021, ABEY and its ecosystem took the market by storm by becoming one of the fastest-growing projects in the crypto and blockchain space. The project’s progress was acknowledged at the AIBC Europe 2021 in Malta, an event that gathers thousands of investors and innovators from different sectors.

During the event, celebrated last November 16, ABEYCHAIN was awarded the Blockchain Solution of the Year. The award was granted by a panel of experts familiar with blockchain technology, and with community support. The project has achieved a new milestone consolidating months of exciting developments. Eman Pulis, a founder of SiGMA and owner of AIBC, said:

“Congratulations to ABEY for being awarded the AIBC Europe 2021 Blockchain Solution of the Year. AIBC is an intersection for excellence in the international blockchain community and we are thrilled to award this prestigious accolade to the ABEY Foundation.”

Philipp Sauerborn, Co-Founder and Director of the ABEY Foundation said:

“This victory is an significant milestone for our developers and the thousands of users who make up the ABEY ecosystem. This prestigious recognition is the result of countless hours of hard work from our ABEY team and the developers running their apps on our blockchain. We are committed to growing the ABEY ecosystem in order to bring our users the best solution that we possibly can. We are so grateful AIBC and its expert panel of judges has noticed our passion and excellence.”

In Q3, 2021, ABEY’s growth started to become truly notable. The platform records 140,000 users adding 10,000 active addresses on a monthly basis during this period. More users have started interacting with ABEYCHAIN after it introduced new features and capabilities.

The platform leverages a unique approach to the blockchain trilemma by operating with a hybrid consensus mechanism that combines the best of the Proof-of-Work and a Delegated Proof-of-State (DPoS) algorithm. This has allowed eliminating the disadvantages that affect top blockchains, like Bitcoin and Ethereum.

The ABEYCHAIN uses a DPoS Committee that keeps in check its PoW nodes to achieve a high transaction throughput. This innovative model was amongst the reasons the platform was granted the award. Pulis also said the following on ABEY’s recent accomplishment:

Your award was majority based on our expert judging panel’s evaluation, as well as a smaller component of public voting. Every developer running their dApps on ABEYCHAIN, every user of ABEY’s XSwap.com DEX, every holder of ABEY cryptocurrency should feel proud of your achievement.

ABEYCHAIN The Next Big Thing On The Crypto Scene?

In addition, The ABEY ecosystem has experienced an explosion in all its fundamentals and use cases. Besides its native decentralized exchange ABEY DEX, the platform allows its users to tokenize assets, to liquidity mine to earn rewards, trade derivatives, and more.

In the future, ABEYCHAIN will deploy its own Non-Fungible Token (NFT) platform, and a stablecoin called aCash Token (ACT) that will give its users another tool to securely transact on the network. The number of use cases and potential decentralized applications (dApps) seem endless as this ecosystem continues to attract developers from blockchains build with the classic consensus model.

ABEY was awarded the Blockchain Solution of the Year and nominated to DeFi Project of the Year. In addition, ABEY sponsored the Crypto Influencer of the Year award. If the project continues its trajectory, this could be the first of several awards to be won across the next decade.