Do you want to experience Blockchain Games but have no money? Don’t worry! HeroFi will help you solve this problem.

The gaming market is increasingly occupying a significant position in the crypto market. In addition, the Play-to-earn (P2E) mechanism is developing and expanding. It looks to be growing in popularity and appeals to many gamers and game developers in the gaming technology industry. Taking advantage of the popularity of this mechanism, game developers in Vietnam have launched a game called HeroFi that promises to be a potential game and brings P2E mechanics to a new level. So what is HeroFi? How does it have such potential? After reading this analysis, you are likely to find the answer for yourself.

HeroFi is a mobile aRPG game built on blockchain technology. Players can earn tokens through PvP/PvE battles among heroes. The game allows the players to collect and trade NFT heroes. This game does not require players to spend a fee on starting. Coming to HeroFi, players can experience it for free. Besides, they do not only play for fun but also play for real money.

The development of the P2E mechanism over time with the development of NFT today makes games more valuable, attracts more investment, and appeals to many players. Thus, this has promoted the gaming sector in the blockchain industry. Therefore, the game sector occupying a large market cap with a large volume in the market is understandable. This indicates that this field becomes more interesting and has high liquidity. Thus, it can be seen that the area possesses great potential with expected growth in the future.

HeroFi is not the only game built under the P2E mechanism. However, with its own competitive advantages, it will not be inferior to other rivals in the market. The free-to-play game attracts a large number of players. Besides, the game has an extremely impressive design, attractive storyline, and a powerful and experienced team. All promises to make a HeroFi desirable for investors in the future.

Axie infinity, with a market capitalization of 8 billion dollars, is a highly successful game in 2021 with engaging gameplay. The game gives players the experience of breeding, raising, and fighting with their lovely creatures.

The Sandbox, with a market capitalization of nearly $740 million, is a virtual world game that allows players to unleash their creativity to be able to build and fight in their own world.

When participating in HeroFi, players will have the opportunity to immerse themselves in the magnificent world of the gods and fight other players in tough battles. Players will choose characters depending on skills and stats to participate in combat. By selecting the squad wisely, the player can beat the opponent at each level.

Heroes are unique characters that players can equip into the squad to fight in battles. Each hero comes with different skills, combat stats, and combat elements. Players can own heroes by using HEROEGG tokens to buy HeroFi Eggs. Players can also buy and sell heroes or mate to create new heroes. 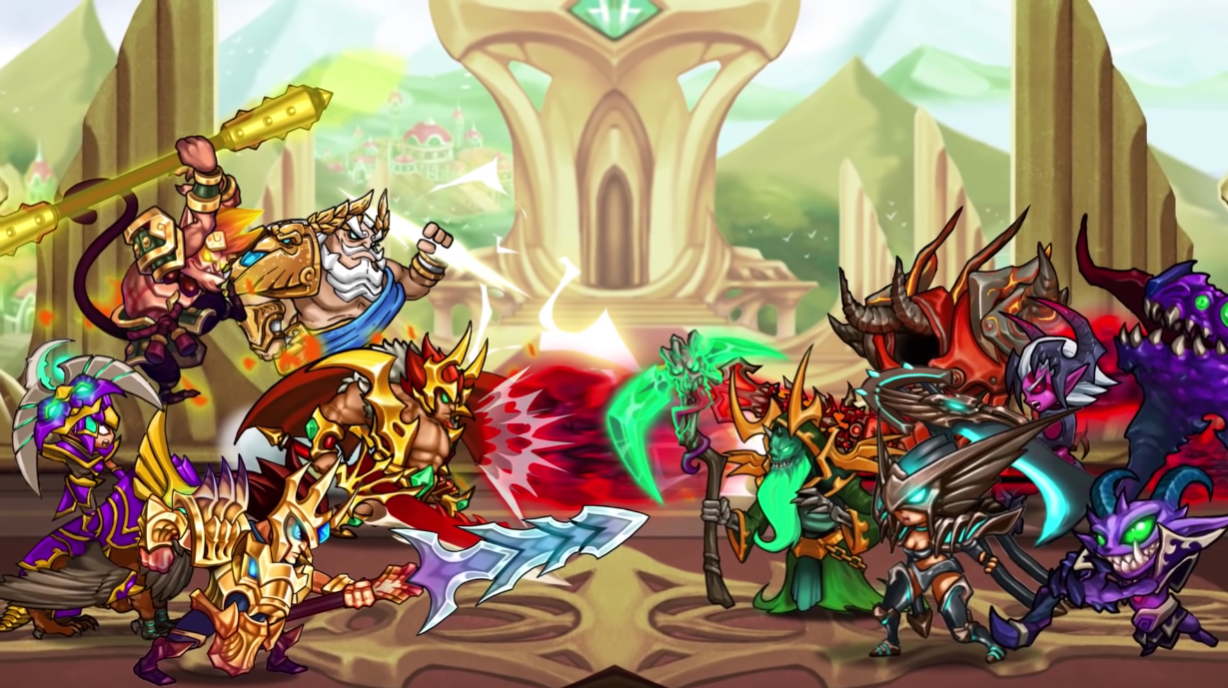 Heroes are identified by the following characteristics:

Depending on the rarity of the Heroes, they can have 3-5 skills. The skillset is varied depending on different attributes. Skills can be enhanced if they have the same elemental attribute as the hero’s element.

There are two main types of heroes in HeroFi.

Normal Heroes are usually who can be created through the mating of Normal Heroes. The child’s initial star rating will be 1 star lower than the parent’s and inherit elemental properties from one of the parents. Normal Heroes have a star count from 1 to 3 and these Normal Heroes will age and can be regenerated unlimitedly.

With a vastly large number of items and equipment and unique buffs to strengthen the Hero, these features promise to require the player’s mindset to equip the Hero with stats, buffs suitable for battles to be able to take advantage and win.

The equipment includes armor, weapons, jewelry, shoes, magical items. The equipment also has a different rarity with increasing rarity including Common, Rare, Epic. Items attached to the Hero will not change the Hero’s appearance.

We are now in phase 2, $ROFI Official Listing on exchanges. Overall, the project has drawn a fairly detailed and clear short-term roadmap of the near-term development stage for a near-term release. This is likely to catch more investors’ attention. By the first quarter of 2022, HeroFi will be released on iOS. Its advantages of beautiful game design, attractive storyline, and especially easy access to players on mobile devices promise to bring players impressive experiences. Let’s wait and see how HeroFi will show its potential.

HeroFi has two tokens: ROFI and HEROEGG of the BEP-20 system.

$ROFI market cap is $412,307 with a volume of $215,562 within 24 hours. The exchange with this token currently has only PancakeSwap (V2). Because this token has just been listed on the exchange, the market cap and volume are not large. Therefore, the price is still low compared to the first listing. However, with the available things of the project, the price of this token has a high potential for breakthroughs in the future.

$HEROEGG market cap is $2.8 million with a volume of $457000 within 24 hours. The top exchanges for trading in HeroFi are currently PancakeSwap (V2) and ApeSwap (BSC). This is not an impressive number, but with its potential and advantages, this number is expected to have a significant breakthrough in the near future. It has only been listed for a short time, so the price has not had a considerable boom compared to the first listing. But for a while, the token price will be expected to impress investors.

With the development of the gaming field today, the games made under the P2E mechanism are many, but HeroFi is one of the few successful titles in the free-to-play concept, along with fantasy RPGs on mobile devices.

The unique selling point of this game is that the game is free, so players do not need to pay any fees to experience it. This will be the point to help the HeroFi community become more powerful and develop in a fair area as each hero in the game is unique and everyone has equal access.

Unlike traditional games that lack transparency and legitimacy about property ownership in the game, now with HeroFi, players will own the assets they have. With HeroFi, players will have full ownership of tokens and NFTs on the blockchain platform. The game offers features that allow players to participate in creating items that can be exchanged for real money. That asset will be traded across exchanges and liquidable in the real world. So trading will help increase the player’s assets in their game.

Telegram: Herofiofficial – Has more than 55000 members

Discord: HeroFi Official – There are more than 400 active members

Medium: HeroFi – Regularly update information and events of the project

In general, the project has a suitable communication strategy. With an unreleased new project, having the same number of followers still shows an interest in this project. However, the difference between Discord and other platforms is still quite large as the game has not been officially released yet. But given the potential of HeroFi, the number of people interested in it will increase significantly. 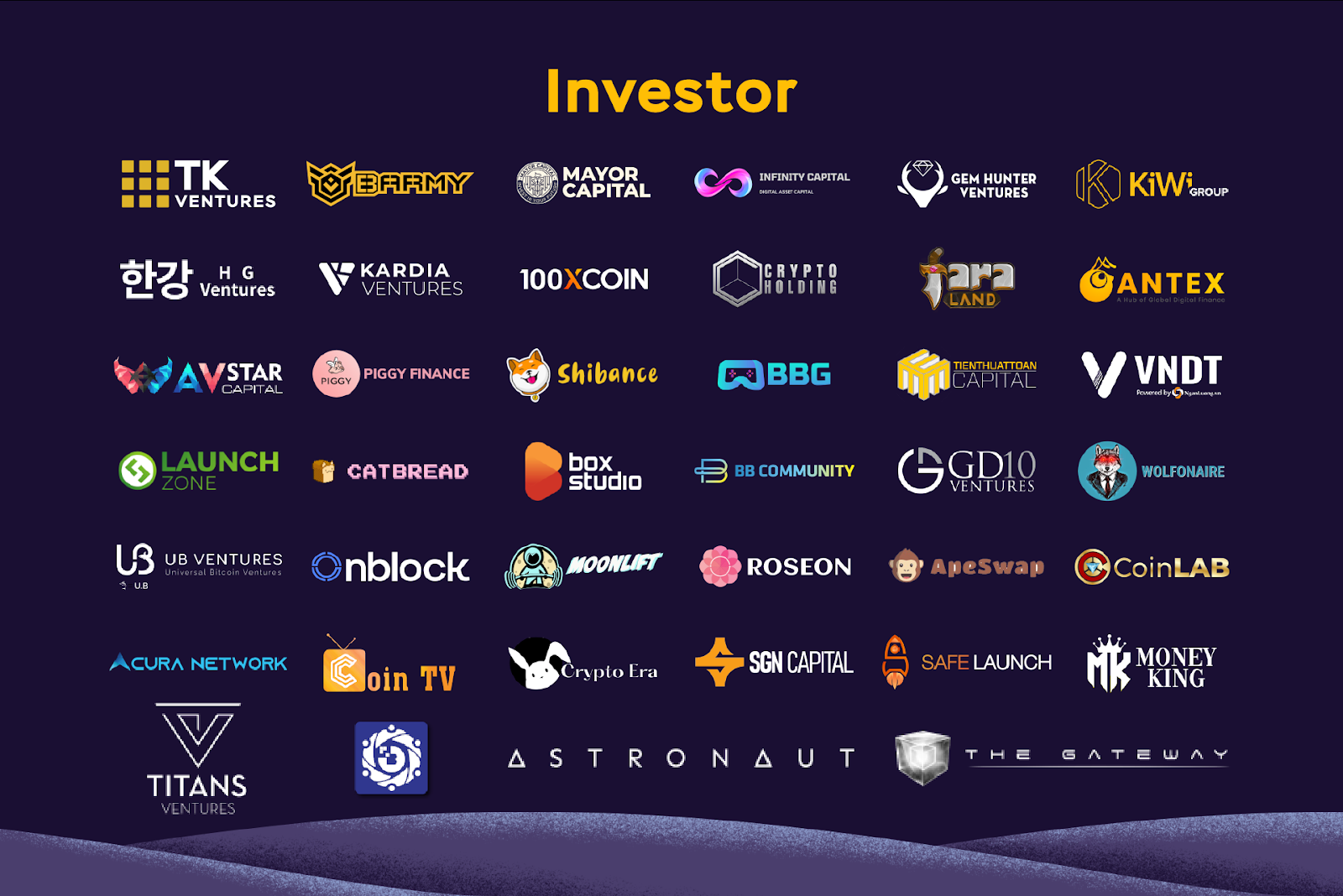 HeroFi owns a large force of partners & investors, up to more than 40 typical investment funds such as CoinLab, ApeSwap, BBG, etc. With a project that has been “poured” by many investment funds like this, it shows how potential it is. In addition, HeroFi is predicted to have a remarkable breakthrough in the future and will bring a lot of profit.

In addition, the project is also consulted by famous experts and advisors in the crypto market. Its reputation and influence will surely make the project get more attention from the community and be known more.

With the launch at the hottest time of the NFT game genre, HeroFi attracted great interest and many positive signals from the blockchain community. This free-to-play game is sure to become one of the most talked-about crypto projects in the coming time.

Thus, if you are a gamer, try your hand at fierce battles and collect the loot, and if you are an investor, don’t be afraid to breed and provide key heroes for other players. No matter what role you choose to join HeroFi, it is always a brainstorming game but also a decent return.

This deep dive is for informational purposes, not investment advice. Readers will be responsible for all their actions.