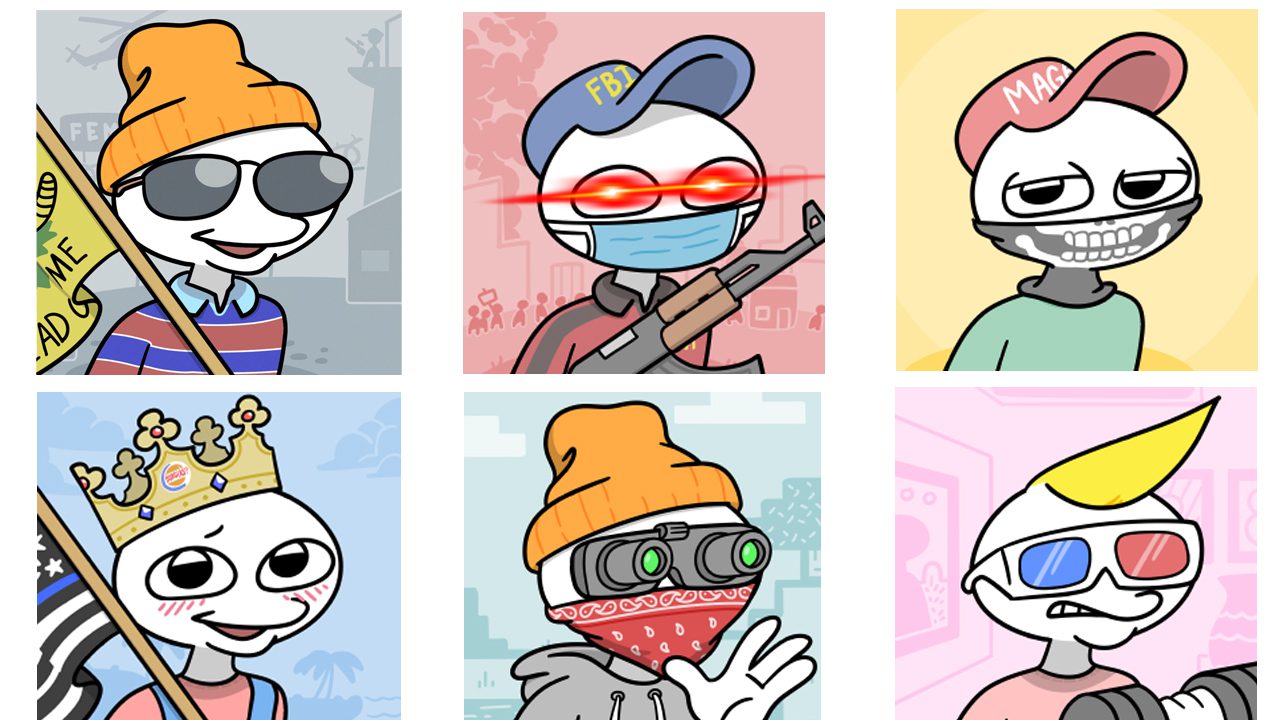 While non-fungibe token (NFT) collectibles have been very popular, NFTs have brought a slew of unique debates to the table and one of them has been censorship. The artist behind Stonetoss Comics, a series of political cartoons, has been censored by two very prominent NFT marketplaces — Opensea and Rarible. Stonetoss has told the public on social media that the artist fears these NFT platforms are being used as a “tool for political censorship.”

Censorship of any kind was loathed in the early days of crypto but these days, acts of censorship have been slipping through the cracks. The very nature of Bitcoin and blockchain technology is touted as “censorship-resistant” tools and non-fungible token (NFT) assets are meant to provide censorship-resistance to things like artwork, online creations, collectibles, virtual items, and more. However, while NFT marketplaces allow users to connect their wallets and buy and sell NFT assets like decentralized exchange (dex) platforms, unlike dex applications, the web portals hosting NFTs are considered centralized. Although some dex applications have been accused of centralization and censorship as well.

On November 22, the pseudonymous conservative cartoonist known as “Stonetoss,” told the public about censorship issues the artist was dealing with on the biggest Ethereum NFT marketplace platform Opensea. “Hello Opensea, I am reaching out because I fear your platform is being co-opted as a tool for political censorship. I also sent this message to your support page. My collector community would like a reply,” Stonetoss tweeted. Stonetoss also sent outreach to Rarible as well, as the NFT marketplace also banned the pseudonymous cartoonist’s NFTs.

A very special message from Ben about #NFTs Get ready for the @stone_toss comics #NFTLAUNCH Nov 20th! Mark your calendars pic.twitter.com/4BuTJdGu77

Flurks NFTs have seen support from the conservative cartoonist Ben Garrison, internet funnyman Ricky Berwick and the comedian Sam Hyde. This weekend, the artist Stonetoss spoke with Bitcoin.com News and told our newsdesk about some of the censorship that has happened with the recent Stonetoss NFT collection.

“On November the 20th, me and a team of mine launched a sale of 5,000 NFT art pieces connected to my work,” Stonetoss explained to our newsdesk. “The project was titled ‘Flurks.’ The project was a set of generative art pieces in a similar style to the famous ‘Bored Ape’ and ‘Cryptopunks’ NFT projects. The project’s official website is Flurksnft.com. Then the team sold out of the entire inventory of NFTs in 22 minutes.”

“The project collected a total of about 420 ethereum, [and] this is equivalent to approximately 1.8 million USD,” Stonetoss further stressed. “As is popular with NFTs, people were immediately speculating on the [resale] price of the artwork on secondary markets like Opensea.io and Rarible.com (the two largest markets in the NFT space). Of course, the shocking sell-out time was a strong signal for huge demand,” Stonetoss said. The pseudonymous cartoonist added:

Within about six hours of the sell-out, trade volume of the Flurks NFTs exceeded 100 ethereum on Opensea. It was around that point that, for reasons unknown to us, Opensea had apparently de-listed Flurks from their platform – preventing further sales. Sometime thereafter we were also delisted on Rarible for unstated reasons.

Stonetoss Asserts That the Art Is ‘No More Dangerous Dave Chappelle; Telling Jokes Some People Don’t Want to Hear’

Stonetoss further said that the following day, Rarible relisted the Flurks NFT collection but the collection was delisted once again, hours later. The artist doesn’t know why Rarible delisted the NFTs two times, but the cartoonist suspects political censorship.

“We believe this de-platforming on both Opensea and Rarible are attempts at political censorship. Because my work as a cartoonist is often political, I have been the regular target of de-platforming campaigns by those who disagree. In response, I have addressed many of the claims made against my work by those wishing to de-platform it,” the cartoonist said.

“Specifically, I reject holding any sort of violent personal beliefs or being connected to political extremism such as being a ‘nazi.’ I maintain that my work is no more dangerous than that of Dave Chappelle; telling jokes some people don’t want to hear,” the artist further remarked. The cartoonist added that the artist’s team addressed the grievances using its official outreach to the platforms on Twitter and respectfully tagged Opensea’s and Rarible’s founders as well.

“Despite reaching out on their official support channels and on Twitter, we have received no reply from either Opensea or Rarible for why the de-platforming occurred. We speculate that the reason might be due to the inclusion of a Confederate flag as a random trait applied to some of the NFT artworks in the set,” Stonetoss told Bitcoin.com News. “As explained in the Twitter post, we also included Pride flags, Gadsden Flags, and a hammer-and-sickle shirt as traits as well. We believe it is obvious that in this context, the addition of a Confederate flag is no more of an endorsement of the Confederacy as a hammer-and-sickle shirt is an endorsement of communism.” The cartoonist added:

Indeed, the confederate flag is still used by some state governments in the USA. It appears that Opensea and Rarible would prefer ANYTHING except having to address the cause for the de-platforming. Both platforms have branded themselves places for artistic expression. In the official Rarible Discord channel, when pressed, a Rarible employee insisted: ‘We don’t delist something just because of it’s political view.’

Stonetoss Is ‘Not Willing to Let Censorship Go Unchallenged’

The artist says that no official word from Opensea and Rarible has been sent to the cartoonist’s team and the artist expects the issue “to be quite embarrassing for a platform touting itself as an art market.”

“Personally, I have no doubt that Flurks will enjoy a healthy secondary market even if we have to construct our own platform for it,” Stonetoss concluded. “This was already famously and successfully done by a project called ‘Cryptophunks,’ a knock-off of ‘Cryptopunks.’ However, as a conservative political cartoonist, I am not willing to let this censorship go unchallenged. Indeed, my renown as an artist is precisely because I can operate in this censorious environment.”

What do you think about Opensea and Rarible being accused of de-platforming the Stonetoss NFT collection? Let us know what you think about this subject in the comments section below.