DeadKnight is A Metaverse project on the Solana blockchain. The new dawn of 8-bit NFT-game in Metaverse World

Dead Knight is about much more than collectibles. It is an 8-bit RPG NFT game set in a fantasy medieval world. It is also a source of inspiration and a character in the gaming metaverse, where you can use your Knight to take advantage of the game’s unique features, most notably the Play-to-earn mechanism.

The people of the Vela kingdom were cursed and turned into undead after an incident known as “The Scourge.”They have escaped the cyclical nature of life and death. However, the Undead gradually lose their minds and eventually become insane after each reincarnation.

With the belief that Sinners—the powerful monsters created from the Great Demon Alvin’s soul shards—are the key to ending the curse, a group of sane Undead known as The Dead Knight gathers around to annihilate them.

Gen-0 NFTs are the first 9999 NFTs available for purchase before the game’s release. They feature blockchain-based attributes that are uniquely and randomly generated. They are the special characters that comprise the first generation of the Dead Knight, each of whom possesses a distinct set of attributes as depicted on the NFTs. As a result, Gen-0 NFTs offer numerous benefits over subsequent generations.

In an exciting Play-To-Earn NFT game, players will use their Knight as their character. These NFTs will display various stats related to damage tolerance, defense, and game luck.

Each Knight is constructed using over 225 distinct traits distributed across nine layers. The optimal rarity ranking mechanism produces a Dead Knight NFT that is completely distinct from the others.

The Dead Knight generative PFP NFTs are attributes that are generated uniquely and randomly using blockchain technology. They will be made available first on the Solana Blockchain, followed by the game.

Additionally, Dead Knight NFT collectibles are divided into four distinct classes, each with its own set of attributes that appear on the NFT. Possessing DK NFT entails the following benefits:

Use their DKs as the protagonists in entertaining Play-To-Earn features. Take part in the DK Championships that are held regularly and win prizes at the tournaments. Being a part of the DK metaverse. After the DK strongholds feature is released, players will be able to purchase their own NFT strongholds to manufacture and exchange goods, as well as their own unique NFT, to enhance their experience of the DK metaverse or profit from the marketplace. Additionally, they can explore and fight in the DK world’s 3D mode using VR. Take advantage of a dual token system to ensure economic stability. Activate the chat Interactive & DK social component

Each Gen-0 DK is critical for players to gain priority when it comes to minting DK Strongholds later in the game.

Each stronghold will have a unique rarity and set of characteristics based on its location within the DK Underworlds. They are distinguished by material production bonuses, special dark pets, NFT breeding, and special dungeons.

After Stronghold’s release, players can also enjoy the social and VR elements. They can team up with a friend to take on legendary enemies in a multiplayer mode that incorporates virtual reality elements.

The rarity of a stronghold is classified into five categories:

Many Dark Ones will be roaming the Dead Knight metaverse after the release of the strongholds. AI elements will be added to those mysterious characters to expand the game’s features.

There will be a unique path-finding system for each of the Dark Ones. They are free to roam the Dead Knight Metaverse at will and pursue their own before goals. Every time a Dark One completes a quest, they’ll level up and gain their own unique set of abilities that they can use in combat. In addition, they use data mining on user behavior and a variety of approaches to determine whether a player is a friend or an enemy.

Later in the game, players will be able to play Dead Knight in multiplayer mode with a friend using a VR device.

Once the Dead Knight stronghold mint is complete, this feature will be available. Strongholds contain unique dungeons for the players’ use and enjoyment.

The Dead Knight Metaverse allows players to engage in play-to-earn in a social setting by enabling all of the game’s social features.

Dead Knight Tournament NFT DK Owners have the option to take part in the competition and win a share of the DKM (Deadknight Metaverse Token) weekly prize pool if they do well.

The Tournament Will Have 3 Main Stages:

The DK World Championship will be scheduled automatically every weekend. 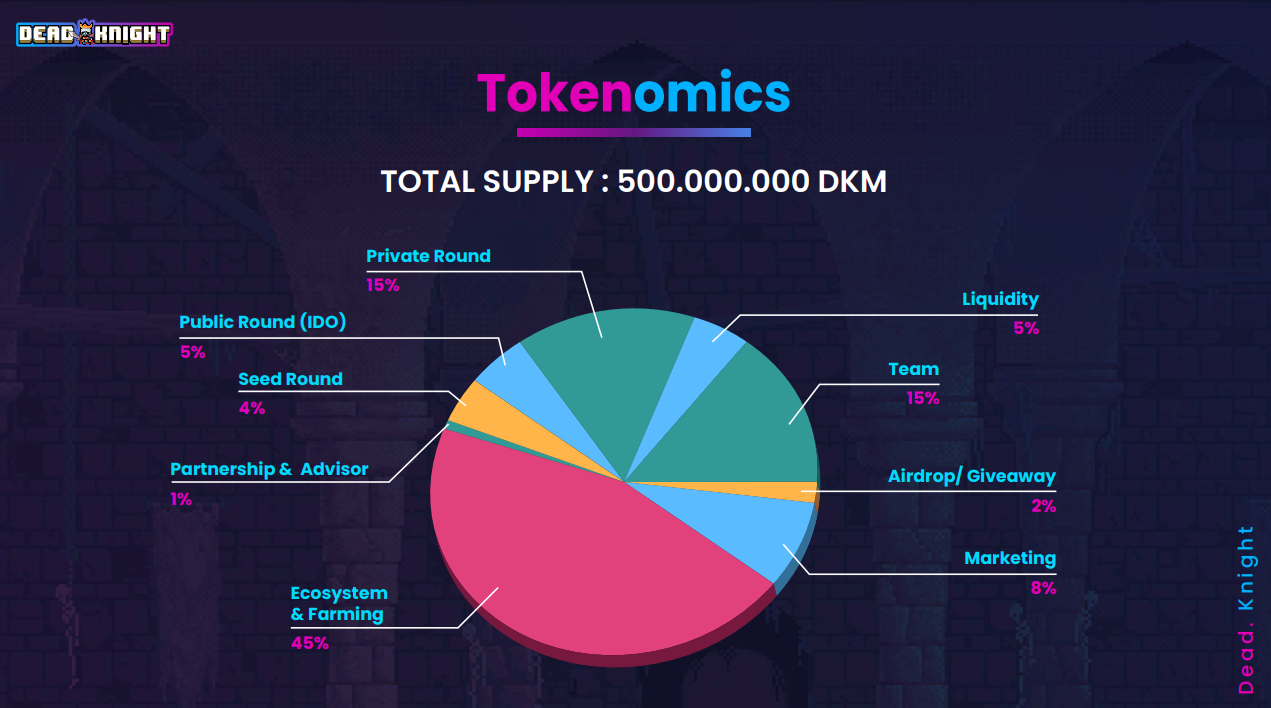