The highest ranked meme coin, Dogecoin [DOGE], is expected to attempt a resurgence after the rise of Shiba Inu [SHIB] recently.

As it has been widely covered, Shiba Inu has been gaining value rapidly in the past week. This has ascertained pressure on the rival Dogecoin as the dog-themed tokens lock horn in the crypto market.

In light of the recent upturn in market conditions, DOGE whales have been considerably active as recorded by Santiment.

According to the latest data, whale activity on altcoin networks has been gaining momentum dramatically this week.

This is particularly evident on the DOGE network which saw over 675 whale transactions as of 17 August. The frequency of such transactions (above $100K+) is also common across other alt networks but on a less scale.

The resurgence of meme-tokens in the market has led to an unsurprising uptick in the social volume of Dogecoin.

Lunar Crush claimed that the DOGE is one of the leading tokens among social channels.

In the past week, Dogecoin recorded over 375k social mentions along with more than 2,100 contributors at press time.

At this rate, the social mentions saw a 10% increase from the previous week when Shiba Inu surged in a similar wave. 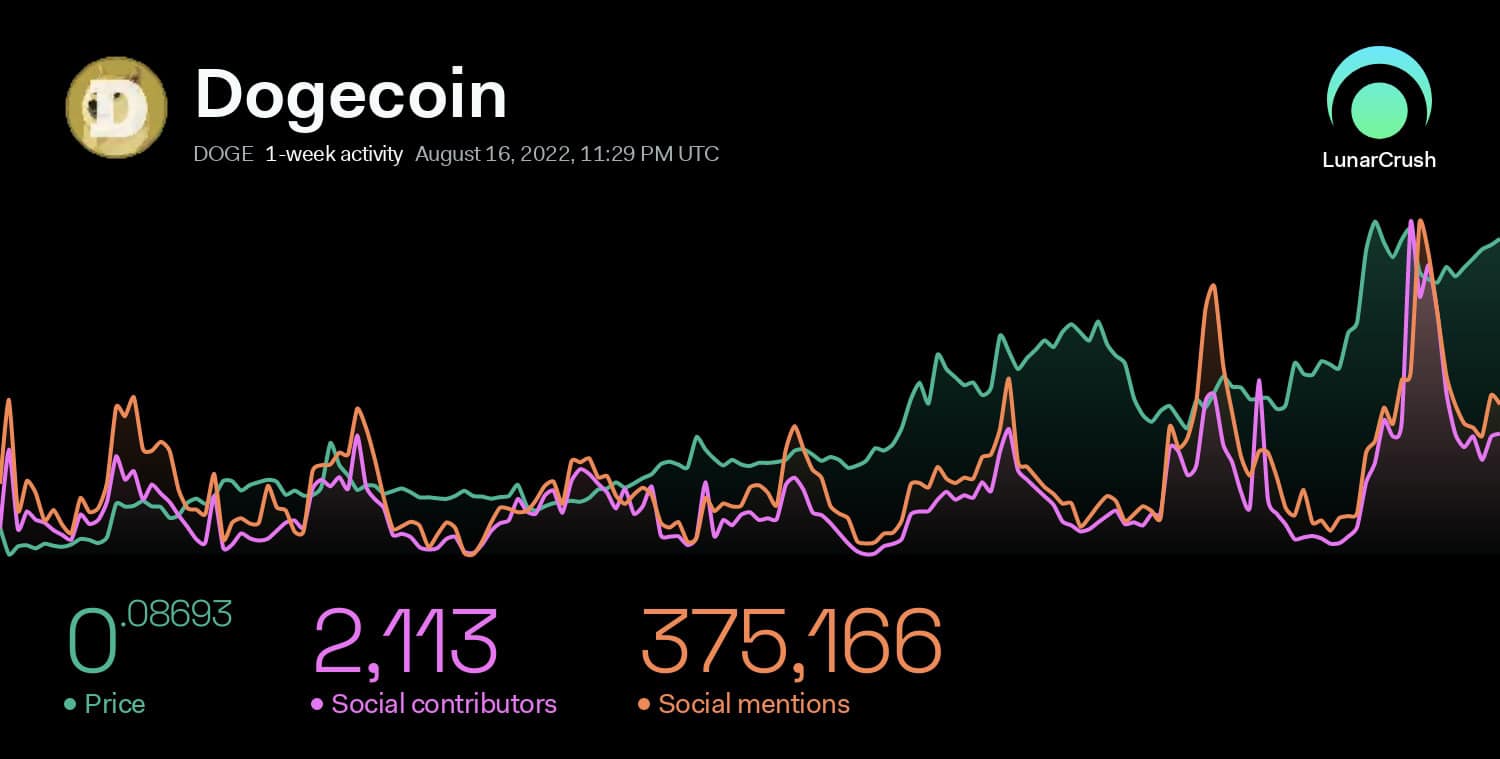 Interestingly, there is growing consensus in the community that the DOGE rally had a lot to do with the launch of “Dogechain.”

This is an independent network based on Polygon Edge, from Polygon.

The Dogechain allows users to bridge their DOGE holdings to use DeFi services.

It can allow users to tap into NFT marketplaces and dApps in the future as well. However, the Dogecoin Foundation confirmed on Twitter- it is not involved in Dogechain.

On the other hand, the Dogechain has had a stunning start to its inception. In just five days, they have been able to gather more than 58,000 wallets and 480K transactions.

This has put the chain through “significant stress testing” and it received some slowdowns as a result.

DOGE, at the time of writing, was sitting at a foot of the top 10 crypto assets by market capitalization. It was trading at $0.084 after rallying by 23% this week.

However, the bears took charge in the past hours which brought down the price by around 3%. Nevertheless, Dogecoin looked in a good position to build on from the hype around the Dogechain.