Nearly every day now, a new meme coin seems to be making the news. Indeed, just last week, Tesla founder Elon Musk sparked a bit of a scandal when he tweeted that he’d eat a McDonald’s Happy Meal on live TV if the fast-food giant began accepting his favorite cryptocurrency, Dogecoin, the grandfather of all joke tokens. McDonald’s responded with a joke of their own, tweeting that they would comply with Musk’s request when Tesla began accepting ‘grimacecoin’ – a fictitious currency that didn’t exist.

Well, at least it didn’t exist when McDonald’s sent out their tweet. Of course, within just a few hours, Grimace meme coins had been launched on the Ethereum and Binance blockchains and were trading on crypto exchanges like QuickSwap and PancakeSwap. One of the most popular ones already has a market value of nearly $300,000!

Meanwhile, the Ethereum-based ‘Let’s Go Brandon’ coin, which was launched just 6 months ago as a dig at US President Joe Biden, has shed 99.5% of its value over the past 30 days, rendering it effectively worthless. One investor who bought LGB coins at their peak in January, when the coin enjoyed a liquidity pool of $6.5 million, complained that their $15,000 had been reduced to just a couple of hundred bucks. 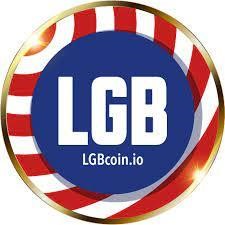 As can be clearly seen from the above examples, while meme coins can skyrocket in value in a heartbeat, they can crash just as spectacularly in the blink of an eye. So, how do meme coins differ from more established cryptocurrencies like Bitcoin or Ethereum?

Meme coins vs other cryptos

It all boils down to utility. Bitcoin was created to solve real problems with traditional currency, and Ethereum emerged to address some of Bitcoin’s disadvantages. Their goal is to eventually become a widely accepted method of payment and to create a new kind of decentralized currency that will modernize a variety of industries. Whereas Bitcoin and Ethereum can be used for trading and carrying out transactions in the crypto market, meme coins have no real inherent purpose other than to make money for their creators —mostly, at least.

The two went on to create Dogecoin, a misspelling of the word ‘dog’, as a joke. 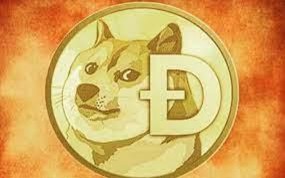 A slew of other joke coins followed, many of which are named after dogs. Among them are Shiba Inu, Dogelon Mars, and Samoyed Coin, as well as Loser Coin and Sad Cat Token. At its height, Shiba Inu saw a gain of 50,000,000% in 2021, according to CoinDesk. 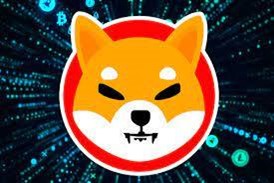 At present, there are over 250 meme coins trying to attract crypto investors’ attention, CoinDesk reports. with their total market cap exceeding $33 billion.

Despite their dizzying profit potential, it’s important to note that 90%-95% of these coins end up dead, according to Coinopsy, a dead-coin tracker. So, should you risk investing in such volatile tokens?

Things to check on memecoins

While you won’t want to put all your eggs in one basket, some experts recommend holding 5% of your crypto portfolio in meme coins on the chance that you might hit one that takes off for the moon. However, before you dive in, here are some things to look out for and some questions to ask about it:

1) Does the project have a focus other than profits?

It is a good thing when the crypto community behind the coin shares some cause other than making money. For instance, some people buy Shiba Inu out of an affinity for this particular breed of dog, and because the team is planning new features and initiatives, like an NFT marketplace. This loyalty can help the coin maintain some stability.

2) Who are the developers and what percentage of the tokens do they own?

If possible, it’s a good idea to determine who the key developers are and what share of the coins they control. It’s best if the development team has a proven track record and no single entity controls more than 5% of the token’s supply.

3) Is the liquidity pool real?

You should only deal with pools held by burn addresses, which begin with oxoooo on Ethereum, for example, as this means that the liquidity has been permanently locked in. This is necessary to avoid a situation where developers suddenly withdraw liquidity, leaving investors with no way to exchange their coins if the price suddenly drops.

4) Has the cryptocurrency’s underlying code been audited by a reputable third party?

This is important to ensure that no back doors have been built in that could facilitate an exit scam.

So, if you’re ready to take the plunge, one platform where you can quickly and conveniently begin investing in meme coins is Alfacash.

With Alfacash, you can buy tokens like Dogecoin with debit, credit card, or bank transfers, and exchange a variety of cryptocurrencies on a secure, non-custodial cryptocurrency exchange. The platform also offers tools that allow you to purchase cryptocurrencies anonymously. And Alfacash’s low commissions, high transaction speeds, and responsive customer service team makes it stand out among its competitors.

Alfacash also has a lucrative referral program, a compelling discount program that offers up to 10% off fees. To learn more, visit alfa.cash