The KEY token was trapped in an accumulation phase for around six months, where the crucial resistance of $0.144 interrupted all the attempts for a bullish rally. However, on November 20th, the Key token gave a huge bullish engulfing candle of 105%, breaching this overhead resistance to initiate a significant rally.

Since the bloodbath of May ‘21, the KEY token never sustained above the $0.144 resistance. The token price consolidated below this resistance for around six months, preparing for its next move. Thus, on November 20th, the token provided a massive long bullish candle that indicated an intraday gain of 105% and a huge spike in volume activity.

The sudden price spike managed to breakout not just the $0.144 resistance but also the later one of the $0.019 mark. Furthermore, the big picture shows the token could form a rounding bottom pattern in the daily time frame, holding even more trading opportunities.

The Relative Strength Index(67) indicates the token is under a strong bullish sentiment. 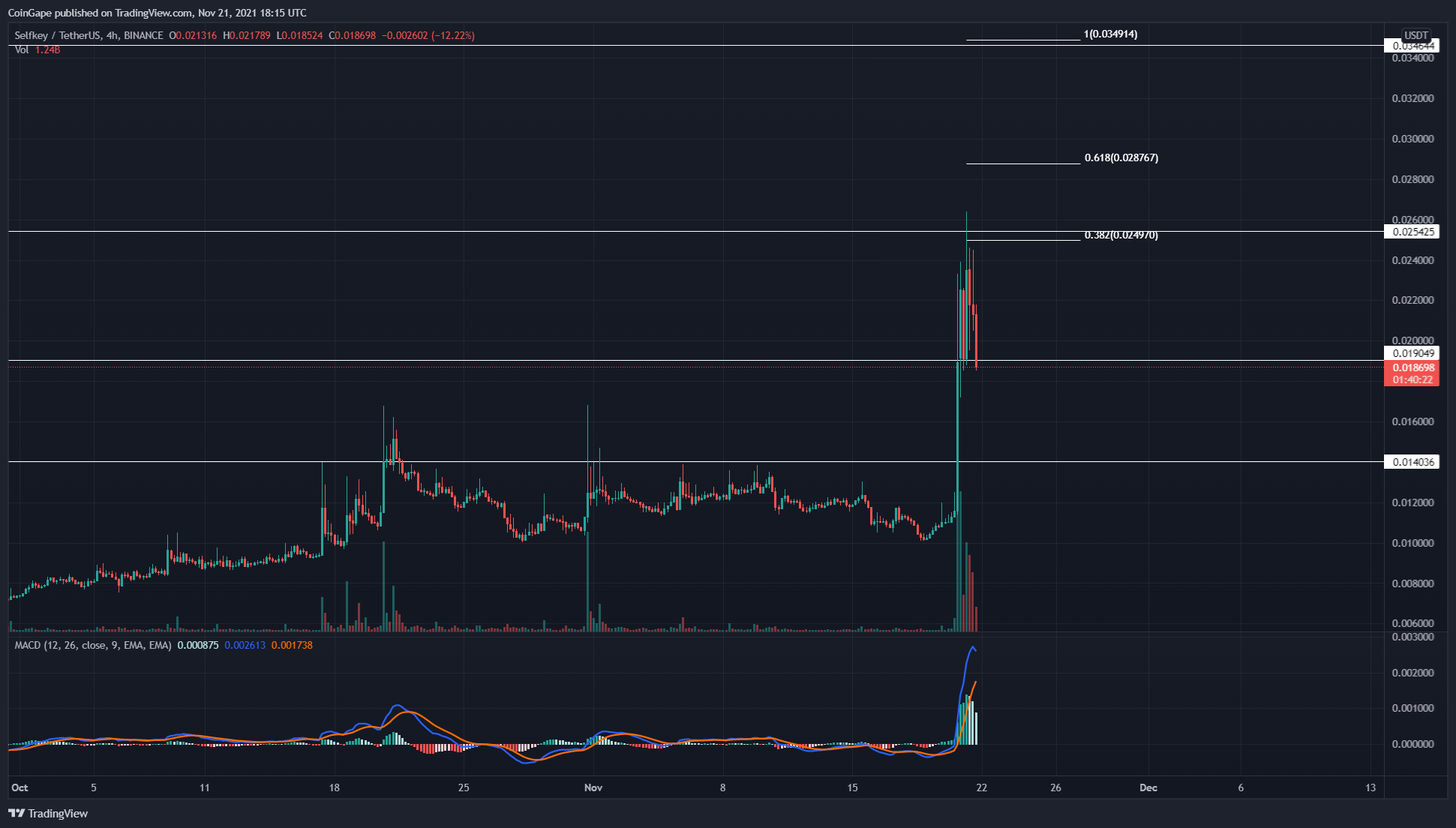 The KEY token rallied to the $0.025 resistance, after which it entered a minor correction phase. So far, the token price has plunged to the support level of $0.019, trying to identify sufficient demand pressure from this level.

If the token price sustains above the $0.019 support, the Fibonacci extension level indicates the crypto traders can expect a good resistance level at $0.028, followed by the $0.345. However, even if the token drops this support level, these traders can maintain a bullish sentiment until the price doesn’t breach the $0.0143 mark.