Cardano’s [ADA] show of strength per its development activity seemed to have stood at crossroads due to some contrasting views. According to Santiment, development activity on the ADA chain had decreased significantly since 28 September after reaching peaks. However, Input Output Global (IOG), the development team behind the Vasil upgrade, had opposing opinions.

In the firm’s weekly update, Cardano had onboarded 1,113 projects and 100 that were launched. In the same vein, transactions had crossed the 50 million mark.

ICYMI: Our weekly #Cardano development update is live on #EssentialCardano! Check out what our dev team has been up to and get the latest on our development progress. As always, we welcome your feedback and comments👇 https://t.co/eEdCmXCB7C

For Cardano, this was an excellent landmark since the Vasil hard fork. However, the transaction count showed a slow down in the Cardano ecosystem. Hence, it could have impacted Santiment’s records.

Going back in time?

As ADA stood around the $0.43 price of 2 October, it seemed like the altcoin wanted to play “catch back.” A look at the charts showed that ADA’s current momentum was similar to the state it was in four weeks ago.

Furthermore, as of 2 October, the Relative Strength Index (RSI) showed that ADA was approaching the four-week support level. At that position, then, ADA was able to fight its way out of losing the 3 September support grip. But are the circumstances presently the same? 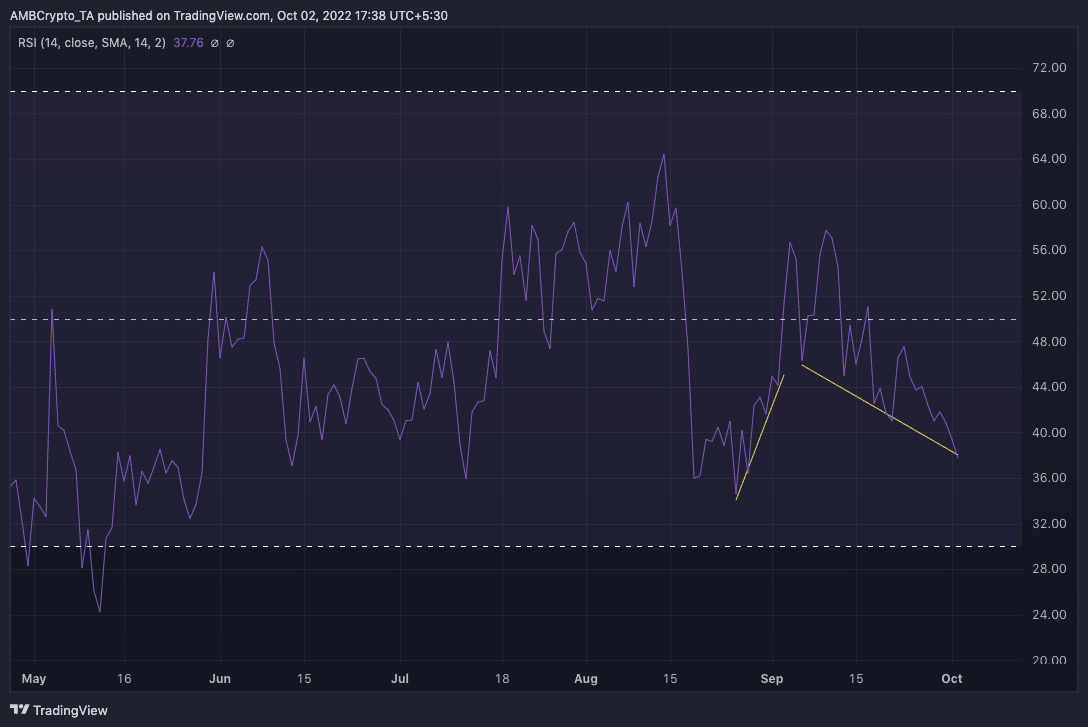 Considering that the RSI was at 37.76, one may have assumed that a reversal would require asking for sellers’ mercy. However, it seemed like it was not all black and white without the presence of other indicators.

Per the On-Balance-Volume (OBV), ADA could be on its way to reclaiming the 25% volume loss in the last 24 hours. While there was no certainty, a drop of the OBV to 43.30 billion was minimal as compared to 1 October. Because of this state, ADA still had the chance to reverse to bullish momentum.

For the Chaikin Money Flow (CMF), it could be vital to help ADA follow the same September pattern mentioned above. However, the CMF was at -0.11, meaning less money had recently been pumped into ADA.

Then again, indications from the CMF showed that an increase in volume was about to begin. If so, ADA could head towards a recovery of the 1.84% one-day decrease. On the other end, there were still signs of a collapse of the bears. 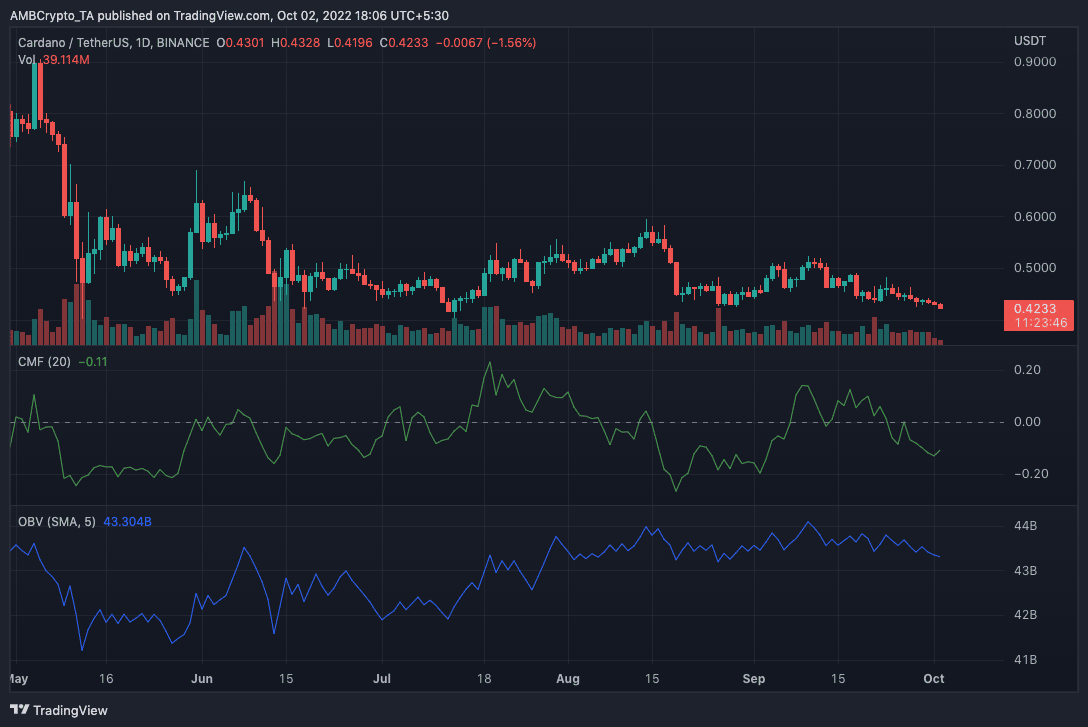 All in all, the altcoin had formerly passed through this phase. One almost certain thing is that ADA might have to choose which of the September levels it prefers for the last quarter — a recovery or the downside.